You will often hear people claiming that they have found a village in Israel ‘that time forgot’. Well, we did – but so have a growing number of artists and gourmets!

The village of Bat Shlomo was established in 1889 as a satellite settlement of Zichron Yaakov and, yes, the hand of Baron Rothschild can be found here too, as he funded it and named it after Betty Salomon, the daughter of the Baron's uncle and grandfather, Solomon Mayer von Rothschild (don’t ask!). The original village, in a gap in the southern Carmel Range, expanded in 1951 with the arrival of immigrants from Yemen and Transylvania, which must have made for some interesting cultural interchanges at the time.

Baron Rothschild helped many settlements grow, but Bat Shlomo never expanded beyond the original single street of 12 houses. (The neighbouring settlement of Bat Shlomo North, over the over side of the busy Route 70 is completely separate). 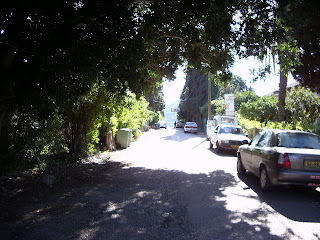 Any visit to Bat Shlomo feels like you really are stepping back in time. It won’t take you long to admire the stunning views, visit the old synagogue and perhaps look into a few art galleries if they are open (they have very odd opening hours!). You might then find yourself in a farmyard that could have doubled as a set from “Fiddler on the Roof.” You may even be greeted by the farmer, Ziv Schwartzman, offering you some cheese, just as you would expect Tevye to do. When we visited, the dairy was organic but not kosher supervised, although things may have changed.

There are a few other artists homes which seem to double up as art galleries and shops – as they often do in Israel – but the real charm of Bat Shlomo is just that is still there, as it was over a hundred years ago. Go soon, before the twentyfirst century catches up with it!

Bat Shlomo can be found by driving about 5 km inland from Routes 2 or 4 on Route 70. Be sure to turn south to the old settlement.