Ramat Hanadiv Memorial Gardens and Nature Reserve. A memorial fit for a Baron

there canm be no finer memorial to the great benefactor Baron Edmond de Rothschild than his final resting place, Ramat Hanadiv Memorial gardens, nestled on a slope on the road which leads from Zichron Yaakov to Binyamina.  The gardens and the surrounding nature reserve are a real jewel, stretching over roughly 1,100 acres (450 ha) of which 200 acres (80 ha) form the memorial gardens.

The Baron specified in his will that he wished to be buried in Israel.  he died on November 2nd, 1934, but the remains of the Baron and Baroness were removed from the French cemetery where they had been buried and brought to Israel, where the government had decreed a state funeral for them.

Almost the first thing you see when you enter the gardens are the Rothschild coat of arms, a clenched fist with five arrows, symbolising the five sons of Mayer Rothschild, patriarch of the Rothschild clan. noy only are the gardens beautiful, comprising a fragrance garden for the visually impaired, a perfectly manicured lawn, a cascade garden, a formal rose garden, a palm garden (with just a few of the over 2500 types in the world),The Shomron Observation Point, with very welcoming cooling breezes, but they complement the Crypt, with its elegant simplicity, marking the final resting place of the couple. 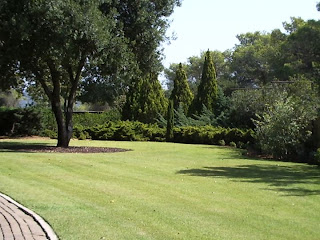 For the more adventurous walker, the surrounding nature reserve will serve those who seek more than just a leisurely stroll, particularly if you are interested in archaeology.  Some of the highlights include the remains of an ancient villa: Ein Tzur, a Roman period water system, ancient quarries and much more.

A new and ecologically balanced visitors centre will show you a fascinating short film on the site and the life of Hanadiv. picnic tables and a refreshment kiosk complete the scene anda free map from the information centre will show you a number of well marked paths in the nature reserve, some more challenging than others.

The magnificent Ramat Hanadiv Memorial Gardens and Nature Reserve are located just off Route 652, between Zichron Yaakov and Binyamina.