In 1882, at the top of the forbidding Carmel Mountain range, 100 Romanian pioneers purchased a tract of land in a place known in Arabic as Zammarin. Members of the Hovevei Zion movement, they dreamed of working and living off the land. However, like many other early pioneers, they were inexperienced, conditions were hard and the soil was rocky. The rest of the world came to recognise and associate the founding of the Jewish homeland with those who came in the Second Aliyah, but the immigrants of the First Aliyah really made what came later, possible. These anonymous pioneers came to the Land of Israel between 1882-1904. Their struggles - and the efforts of Baron Rothschild to help them - are celebrated in The First Aliyah Museum. Perhaps more unusual is the museum dedicated to the Bilu Group, who secretly helped pass military intelligence to the British forces in the First World War and were cruelly treated by the Turkish army when they were captured.

Leaving Zichron Yaacov on the road to Binyamina, Route 652, you will find the Ramat Hanadiv Memorial Gardens, nestled on a slope. The mature gardens and nature reserve are a real jewel, sprawled over roughly 1,100 acres, 20 of which are the memorial gardens to the great man. 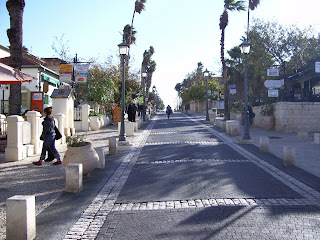 Zichron Yaakov has grown in importance as an artistic, cultural and educational centre over the years. You can reach it from the main coastal highway ( Route 2) north of Hadera, turning east onto Route 70, a delightful drive itself. Alternatively, take the train to Binyamina and take a bus - about a 20 minute journey.